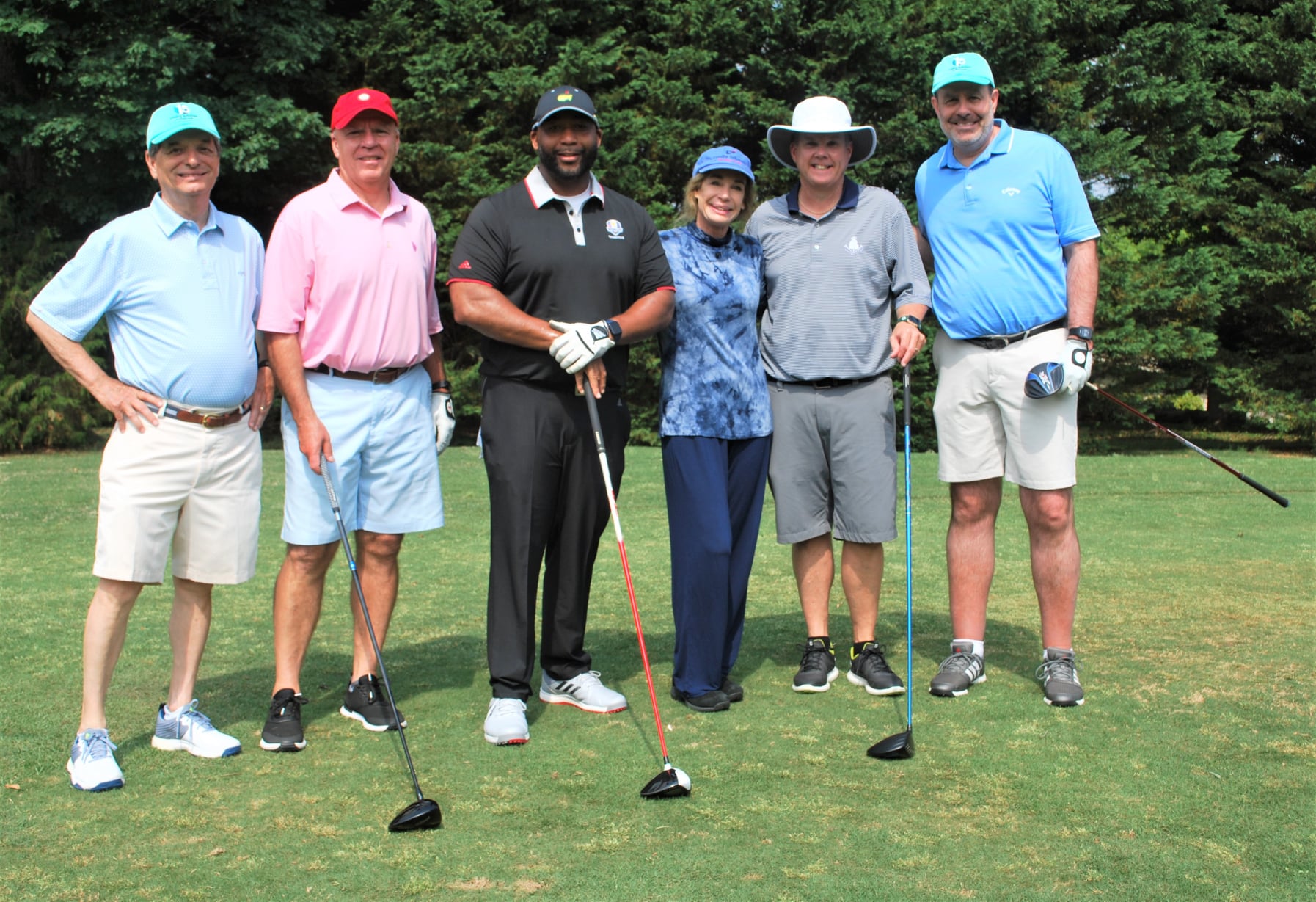 The Crosby Scholars Community Partnership – an organization of 11,000 students, 250 volunteers and 13,000 alumni, is the thriving legacy of the magic of The CROSBY. In 2022, the generosity of our sponsors and community raised $307,000 to ensure that every public school student in Forsyth County will be prepared academically, personally and financially for college and for life!

Last Year, You Made This Happen!

Donate to the Crosby Scholars Invitational 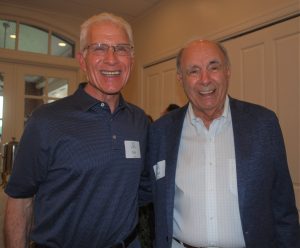 That was the message to guests at the dinner before the 15th Annual Crosby Scholars Invitational Golf Tournament from Don Flow, President and CEO of Flow Automotive Companies.

Flow, a community leader and visionary for Winston-Salem, explained why Crosby Scholars is a key part of a thriving community with economic opportunity.

“Post high school education is the single best predictor of social and economic mobility and stability,” he said. “Associate degree holders earn $350,000 more than high school graduates over their lifetime, and that difference lifts someone out of economic instability and financial anxiety. Four-year college graduates earn $1.2 million more over their lifetime. I have a prediction to make. Because the growth in income of a person with an associate’s degree in skilled technical areas is far outstripping inflation, it will not be long before they match the earnings of college graduates. It is not that college graduates are earning less. Instead, it is that skilled technical jobs are paying more.”

“Today, it is very difficult for a person to become an automotive technician without an associate’s degree,” he said. “Forty years ago, if a person had good visual spatial skills, good fine motor coordination, and a good work ethic, we could hire them, and they would do great. Today, without an associate’s level of education, they just cannot make it. The same is the case in every other skilled technical job. Additionally, accessing non-technical jobs that provide a middle class income opportunity are just not an option without a college education.”

Another benefit of Crosby Scholars comes from its introduction of students as young as 6th grade to community service. Each student in the program must complete at least two hours of community service each year, and many students far exceed that minimum requirement. Lessons that students learn from these experiences are significant, he said.

“Engaging with students in the community helps form them as active citizens who believe they can contribute and make a difference,” Flow said. “Every person gets up in the morning and wants what they do to matter. The students that get involved in the community through Crosby Scholars develop the confidence that they can make a difference, that their lives matter, and that they can help shape a community. If you want to create the citizens who are going to lead this city and beyond in a positive manner, support Crosby Scholars. If you want to create citizens like Paul Fulton who leaves places better than they found them, support Crosby Scholars.”

Crosby Scholars is available to every 6th- to 12th-grade Forsyth County public school student who enrolls in the Program and completes annual requirements, and the resulting diversity benefits everyone.

“Crosby Scholars enables students to develop friendships beyond their normal boundaries which prepares them for life,” Flow said. “The richness of life is found in developing friendships that cross boundaries. What is the easiest way to do this? By working together with diverse people for the common good. The future leaders of our country and our community are going to have to do this if we are going to flourish. So if you want to form these kind of leaders, support Crosby Scholars because they are learning to do this every day in this program.”

“It is impossible to talk about Crosby Scholars without talking about Paul Fulton,” he said. “Paul has been a friend, mentor, challenger, and encourager to me for many years.  He has been a model to me of what it means to be committed to leaving places better than you found them, to live a life that matters, and to love something bigger than yourself. Thank you, Paul, for your commitment to Crosby Scholars and to our community. Thank you for your long, steadfast and faithful friendship.”

Learn More About The Crosby Invitational

Donate to The Crosby Scholars Invitational

Thank You to Our Sponsors!