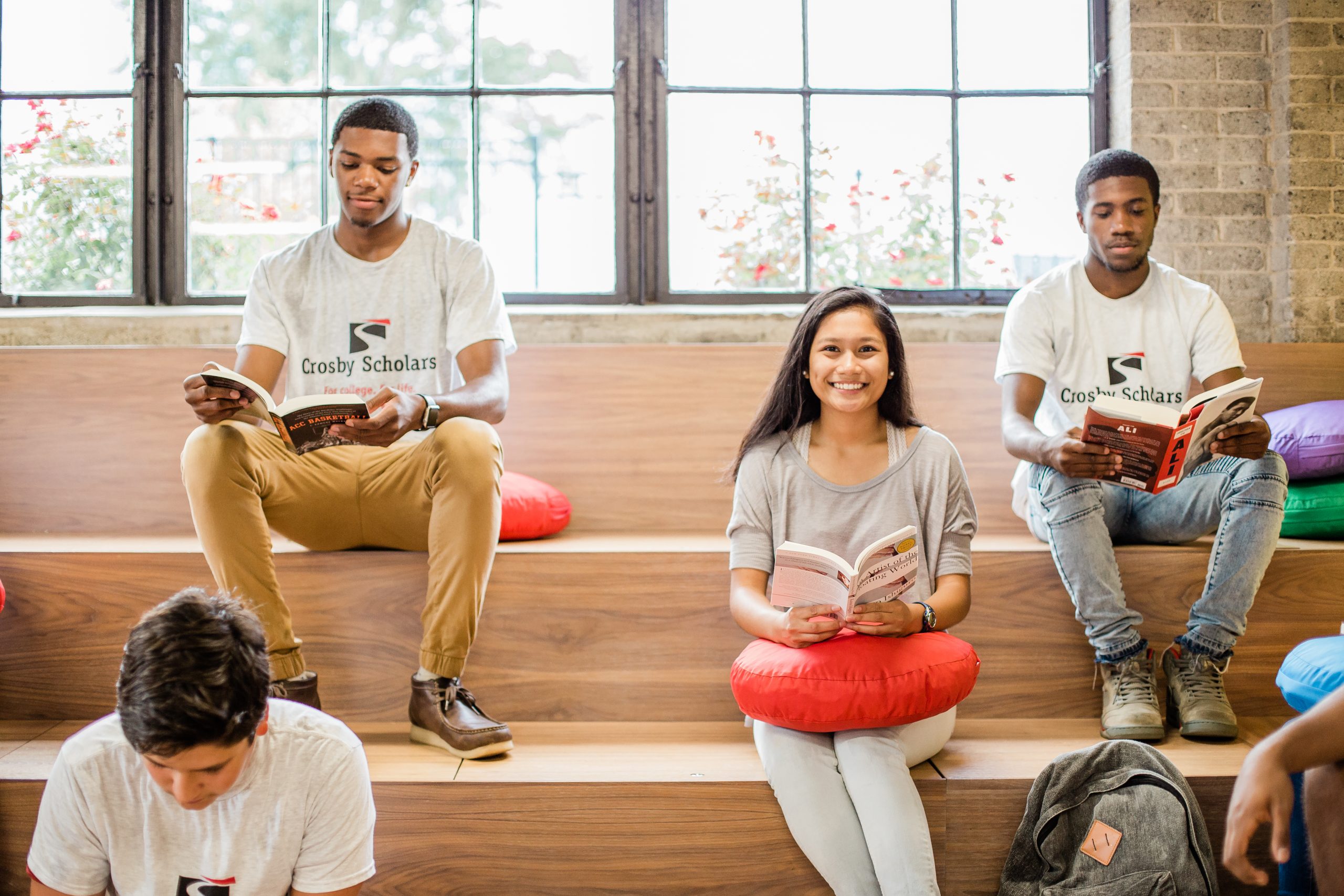 According to the American Marketing Association, as well as many other reputable marketing professionals, when writing content, it's best to keep it around an 8th-grade reading level. When using a graphic with text, remember to include the text in addition to the graphic for accessibility.

refers to the program on first reference.

refers to the Program on second reference or interchangeably.

refers to the students in the Program on first reference.

refers to the students in the Program on second reference. Scholar(s) is preferred.

student grade levels are listed second when referring to a scholar individually, but should be listed first when identifying a group.

refers to the requirement for Crosby Scholars, even when talking about multiple topics.

is the name of the system where students and parents receive information from the Program. On most references it is acceptable to use Crosby Scholars Student Portal. Do NOT abbreviate to CSSP, Portal or Student Portal.

is a noun. Example: Use your login when checking the Student Portal.

is a verb. Example: My Crosby Scholars Student Portal is useful when I regularly log in to check it.