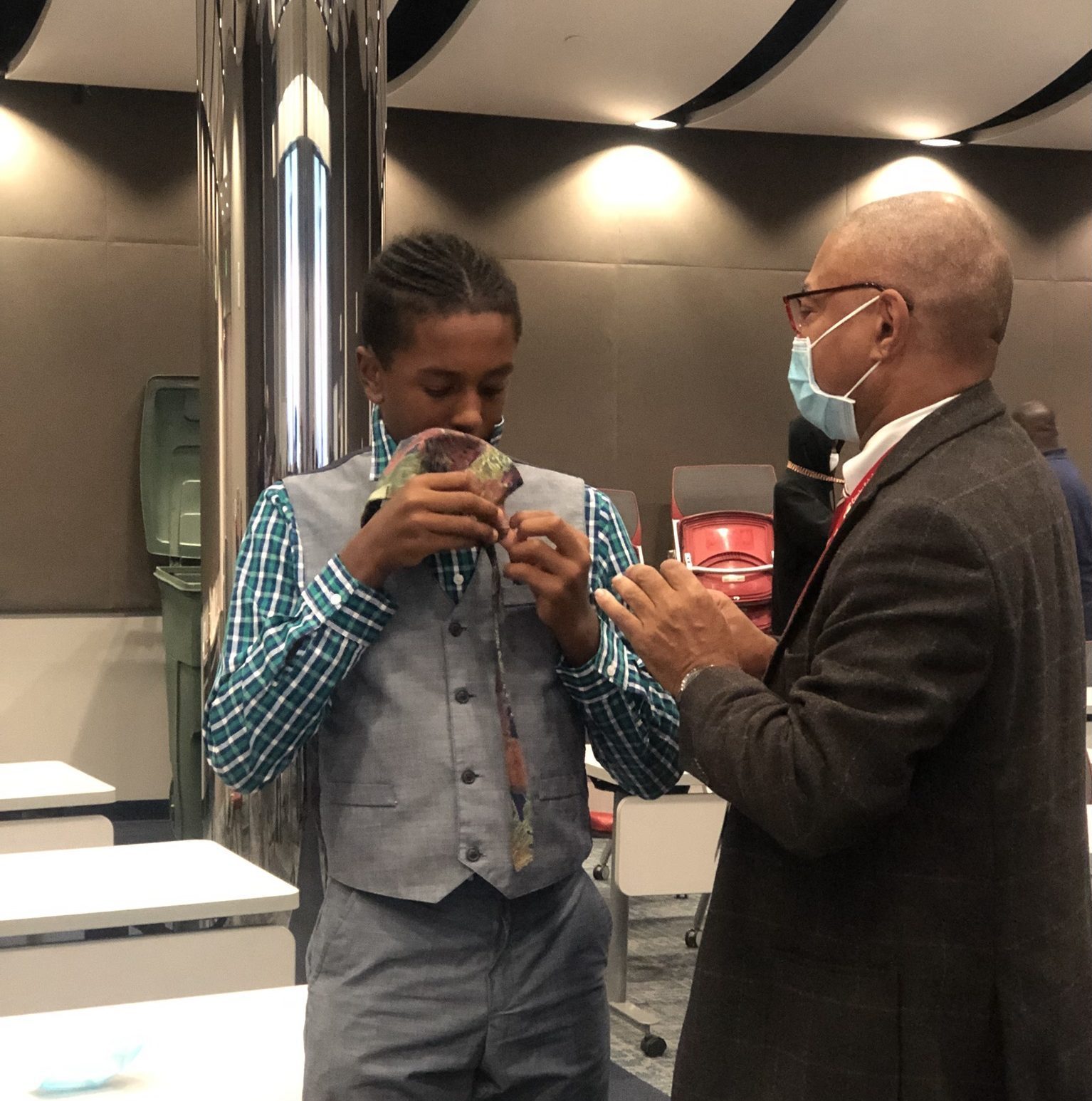 WINSTON-SALEM, N.C. — (WGHP) — Richard Watts spends a lot of his time talking to students during their school day.

“We’ll visit the schools during the lunch period and not take away from any academic time,” he said.

The kids walk away with a life lesson after every visit and every monthly workshop.

“We’ve had programs where we’ve had Guys with Ties, where we’ve taught young men how to tie a tie, an elevator speech,” he told us. “We just finished a car maintenance 101 talking about how to build a car, take care of a car.”

“I stayed out of retirement for one month and Crosby called me and said, ‘Hey we’ve got something you might be looking to do.’ She shared with me about the program and I said yes I’ll join right away.”

“Crosby” is the Crosby Scholars Community Partnership. It’s a free college access program for students enrolled in WSFCS. “She” is Mona Lovett, the president and CEO.

“We’re open to everyone,” she explained. “We don’t turn anyone away. But we saw we were recruiting African-American males, but they weren’t completing the program at the same rates as other students.”

That led them to create the AAMPED program. AAMPED stands for African-American Males Pursuing Educational Dreams. Will Tibbs is in charge of outreach. He’s also one of Watts’ former Winston-Salem Prep students.

“I try to reach out to men of color, specifically the African American males in Forsyth County area and just trying to connect with them to let them know there are people who look like them who are successful and you can be successful as a young black man despite your circumstances or the people around you or your environment,” he said.

“We start at sixth grade because we know that’s a pivotal time academically,” added Lovett. “It’s a pivotal time in regards to who they’re connecting with and their friend groups and having positive role models and peer groups.”

“They just talk to you about tools that make you successful in life that you can use and pursing that education,” Mack David said.

“You can talk to them whenever,” he told us. “So if you have a problem with anything, really anything school-related or outside of school, they’re here to help you.”

“Typically during the school day, it’s not much of a challenge there. But when they’re at home, in an environment with their peers, and there’s pressure coming from here and there,” Watts added.

“So it’s really hard to not navigate, but stay from those things because some people don’t know right from wrong so they do those things. But we just try to keep our head on straight and pray and do the right thing,” David also said.

We’ve shared stories about young Black men involved in crimes around the Piedmont. We’ve seen the rallies with people calling on young Black men to stop the violence. We’ve also heard people ask where the mentors are to help show them a better way. AAMPED exists to show everyone they’re right here.

“We often hear students say, ‘I didn’t know about that,’ or, ‘I didn’t know if anybody thought that’s something I should be a part of,’” Lovett said. “So often I say you have to take students by the hand, let them know you care and bring them to things.”

“We feel in Crosby and in AAMPED that if we can have young men graduate from high school, go to a college, a four-year school and then give back to the community, that’s going to make the city of Winston-Salem a better place for all of us,” Watts said.